Hard to trust my body

HomeCommunity Hard to trust my body
12/04/2021 by Redaction Community, Hereditary

As a young child, I was already aware that my mother was different from other mothers. My mother was often tired, did not play tag or football, and when we went shopping, she was often looking in the shop windows. When I was older, my mother explained that she had a “weak heart”. It all became much more concrete when my brother Leon suddenly died: he was 17, I was 13. After an exam, he was found to have Hypertrophic Cardiomyopathy (HCM). My mother had the same problem, but she had no idea that her weak heart was an inherited disease, so she was very shocked.

The death of my brother meant that my mother’s entire family also had to be tested, including my older sister and me. My mother comes from a big family, 7 brothers and sisters, 18 nieces and nephews. Everyone got a negative result: no HCM… except me! I can still remember being very angry; not at anyone in particular, just at the whole world… Why me? I was given medication and life went on. Except the great sorrow of losing Leon, not much changed. My mother did her thing, I did my thing and apart from sports, I had no limitations at all.

Finally
a suitable heart for her

When my sister and I had both left home, my parents divorced. It was certainly not my mother’s choice, and I don’t know if this emotional situation contributed to it, but her health deteriorated in the years that followed. So much that she was considered for a heart transplant. After more than 2 years of waiting, 5 unsuccessful calls and a long hospital stay later… a suitable heart finally has been found for her. 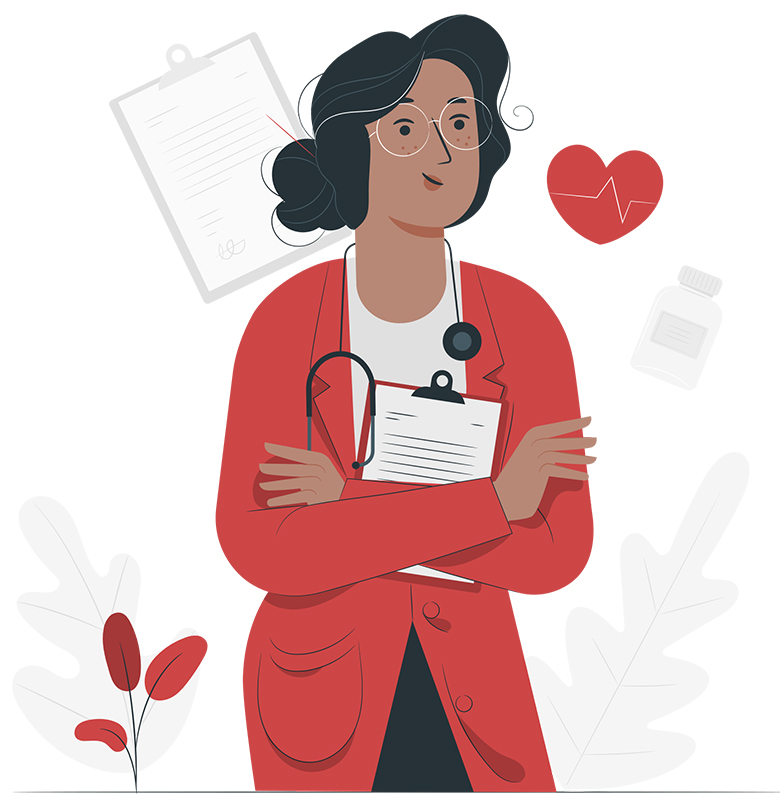 In the years that followed, my mother enjoyed her life immensely and the things she could do again. And I was now married and wanted children. But what was wise and what about heredity? I was 30 years old and ready for it, I had not experienced any limitations with my HCM, except for a pill every morning. And my mother’s heart transplant could not be linked with HCM with any certainty. Also, my mother had a much tougher childhood and a much tougher life, which meant that her heart had to work much harder.

The Cardiologist gave green light and within no time, I was pregnant. After a flawless delivery, Michel was born at the end of 2000. Two years later, I was pregnant again… but then things went badly wrong. In the fifth week I suffered a TIA. This turned out to be caused by atrial fibrillation. A cardioversion restored the sinus rhythm of my heart and I was allowed to go home. When I was about 6 months pregnant, things went wrong again, but a cardioversion was not of any use. In the end, Sander was born healthy, 8 weeks earlier. After the pregnancy, I had another cardioversion and everything seemed to be back to normal.

It went well for a while! But then my heart went out of rhythm again. Long story short: I had about 30 cardioversions in 7 years… At a certain point, they didn’t help any more. We had to accept atrial fibrillation and therefore a life with many limitations. It was hard for me. Two young children, a household, a part-time job. And because of Amiodarone, I was not allowed to go out in the sun and my thyroid gland started to work too slowly. So I did some tests to see if ablation could help, but it turned out to be impossible.

The EFO Doctor compared the electrical activity in my heart to a wild music band without a conductor. The only remaining option was HIS ablation. My atrium would continue to beat irregularly, but my ventricle would have a normal rhythm. Maybe I would be less tired. But I was relatively young and they had no experience with young people. The EFO Doctor said: do it! My own Cardiologist said: wait! I was sent home with a lot to think about. In the meantime, more happened. My mother died, 8 years after her transplant, and when Michel was 4 and Sander 2, they were screened by a Paediatric

Cardiologist for the first time: Michel was also found to have HCM. Because by then my problems had also started, we could no longer look at it as carefree as before. At first, Michel was simply sent home again. We only had to come for a check-up 2 years later. No medications, no other measures. But then the story of my brother came into my head: he also died suddenly. Michel was then prescribed beta-blockers, albeit in low doses. We returned to the outpatients’ Clinic every 2 years for a check-up. No frightening developments and fortunately, our other son is still HCM-free!

The toughest period of my life

While I was considering whether or not to have an HIS ablation, it was November 2010, one morning I received a phone call from school. Michel, then 9 years old, went by bike with his class to a museum when, according to the teacher, he had an epileptic seizure. She told me where it happened and I went there like mad. I heard the ambulance in the distance but I got there first.

When I saw Michel lying there, I immediately knew what was going on: the story of my brother repeated itself! Luckily 1/3 of the Dutch population does a First Aid or reanimation course. Thank God I did too! I started to help Michel until the ambulance staff took over. Michel got heart rhythm again, but was unconscious. He was transported to the hospital in our hometown. However, he could not stay there because there was no Paediatric ICU. 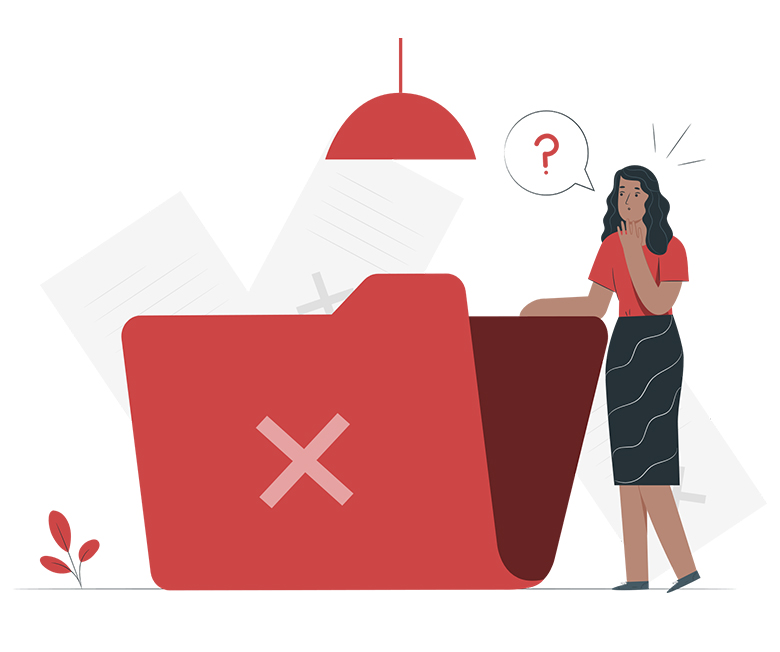 In consultation with the Paediatric Cardiologist, he was therefore taken to Rotterdam. He was also being monitored there, so his patient chart was known. First, he was kept asleep and his body temperature was lowered to limit possible brain damage. His beta-blockers were increased almost tenfold and he was not allowed to leave the hospital without an ICD. Due to delirium, this lasted 5 weeks. The toughest period of my life!

Because of 2 sudden cardiac arrests in our family, I was also considered for an ICD. So I decided to have the HIS ablation performed as well. The key factor was that I could stop taking Amiodarone. If I can’t do so much anymore, at least let me enjoy the sun again! Unfortunately, the HIS ablation did not bring the progress I hoped for. However, I finally had peace of mind again because due to the atrial fibrillation, I could feel my heart beating continuously throughout my body… and that with 150 to 200 beats per minute!

We got into calmer waters and our lives rippled on. Until it went wrong again in the summer of 2013… Michel was lying in the street again and had to be reanimated! Later, it turned out that the arrhythmia had remained below the settings of the ICD, so his ICD had not intervened. But again, thank God, there were people around who knew what to do. Michel’s beta-blockers were increased again, the ICD was adjusted differently and, as no delirium followed, Michel was allowed to go home after just 3 days. A few weeks later, we went on holiday. We went to the sun for the first time because the Amiodarone had finally left my body after 3 years.

With a thick medical chart of Michel, we took the plane to Spain. Already on the second day it went wrong, but this time not with Michel…. but with me! I felt myself very scared and sat down on the ground. But it went away again; nothing wrong. “Must be the heat” we thought. A few days later, in the cool of our flat, it went wrong again. But now, I really fell unconscious. When I regained consciousness, I immediately reached for my ICD. “Your ICD has intervened,” my husband said. “No,” I said. I couldn’t believe that I had also had a life-threatening arrhythmia. The hospital in Spain had no equipment to read the ICD and after a night’s observation, we were allowed to continue our holiday.

However, we still had a lot of anxiety because we still didn’t know the cause of my fainting moments.

When we got home, we immediately made an appointment to have my ICD checked. I rarely have had such a hangover from an outpatient appointment! The ICD was read and 2 life-threatening arrhythmias were detected. The first was corrected by overpacing and the second by shock. The reaction of the ICD Technician was something like: “Your ICD has saved your life. When is the next appointment with your Cardiologist? In 2 months? If necessary, they will contact you sooner. Goodbye!”… and there I was.

Totally overwhelmed by 2 arrhythmias and the Technician who handled them so easily.
Did she not understand that this can be very shocking for a patient?

I was very upset, but fortunately, I met a Nurse Specialist whom I knew well. She helped me and arranged a brief consultation with a Cardiologist. He prescribed beta-blockers for me. At least now, I had the idea that something was happening, that someone understood my worries and fears. 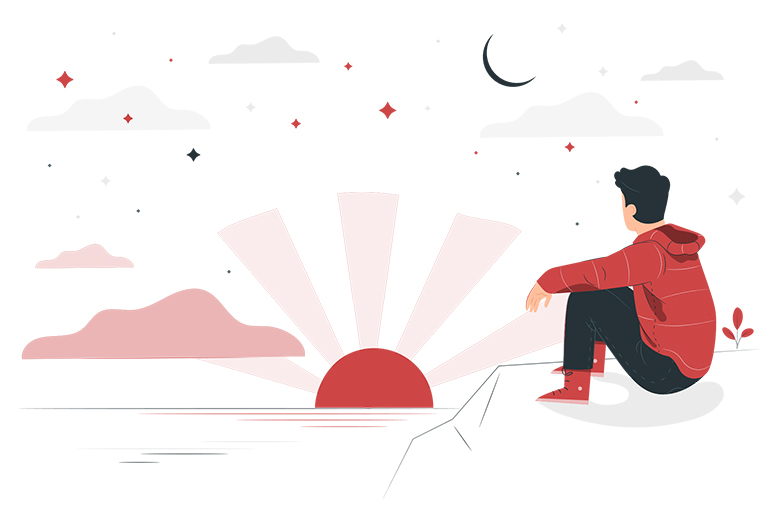 But then, you’re not there yet. Usually always positive and never complaining, I suddenly became very afraid. I didn’t trust my body at all anymore, and didn’t dare to be alone at all. I wasn’t allowed to drive for the first 2 months, but after that, I simply was scared to drive. What if it happens again when the children are in the car? The fear just grew up, but it never went away completely.

I tried to think soberly and rationally. Hey, don’t whine, that’s what the ICD is for! And it works, what more could you ask for? Michel was still unsure that the ICD might not work again the next time he had a cardiac arrest. “Fortunately”, that wasn’t necessary, because he had already received 2  legitimate shocks from his ICD. I have now myself received a donor heart, so HCM is “history” for me.

But Michel still has to deal with it. He is now 20 years old and did not have any arrhythmia for about 4 years, so that is good news. But he has to take a lot of medications and barely can exercise. He will probably need a donor heart one day… but until then, we say “Carpe diem” (“seize the day”) every day! 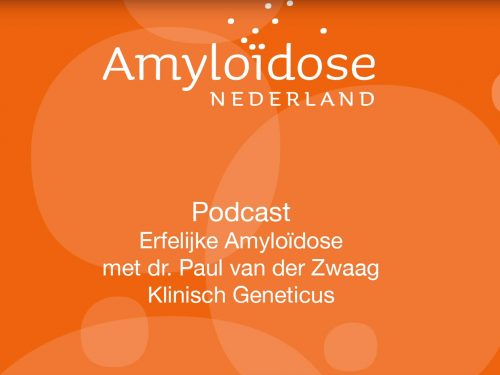 Knowing is stressful, but so is not knowing too.

My father died of heart failure 14 years ago. He had heart problems for years, but he was never very open about what he had. His mother had died of sudden cardiac death when he was only 4 years old. I knew...

Our Foundation Cardiomyopathy Research, the Netherlands is intended for patients, their families and Healthcare professionals.